Linux Bridge - how it works

Linux bridge is a layer 2 virtual device that on its own cannot receive or transmit anything unless you bind one or more real devices to it. source.

As Anatomy of a Linux bridge puts it, bridge mainly consists of four major components:

For each unicast mac address, bridge maintains a mac learning database to decide which ports to forward based on MAC addresses, and if it can’t find an entry for a given mac address, it will broadcast the frame to all ports except the one where it received the frame from.

There are three main configuration subsystems to do bridges:

In this article, we only talk about ioctl.

Bridge can be created using ioctl command SIOCBRADDBR; as can be seen by brctl utility provided by bridge-utils.

alloc_netdev also initializes the new netdevice using the br_dev_setup. This also includes setting up the bridge specific ioctl handler. If you look at the handler code, it handles ioctl command to add/delete interfaces.

As it can be seen in br_dev_ioctl, bridge can be created using ioctl command SIOCBRADDIF. To confirm:

Some things worth noting in br_add_if:

The promiscuous mode can be confirmed from kernel logs.

After this method finishes, you have an interface (or port) in bridge. 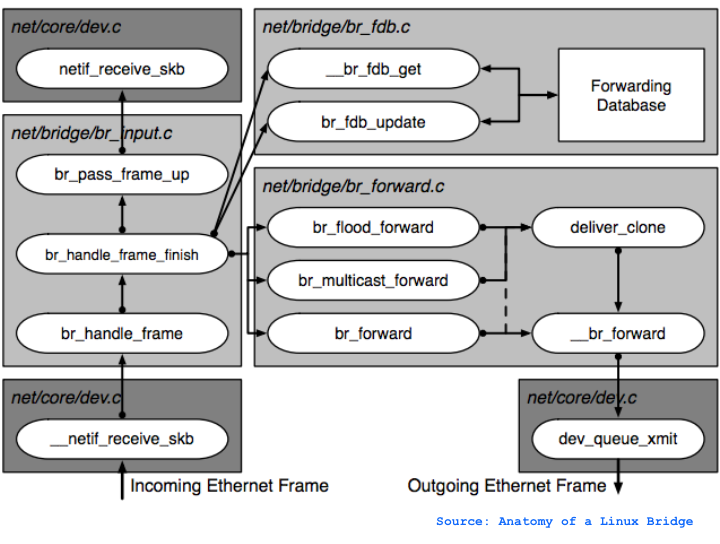 Frame processing starts with device-independent network code, in __netif_receive_skb which calls the rx_handler of the interface, that was set to br_handle_frame at the time of adding the interface to bridge.

In the method, note that stp messages are either passed to upper layers or forwarded if STP is enabled on the bridge or disabled respectively. Finally if a forwarding decision is made, the packet is passed to br_handle_frame_finish, where the actual forwarding happens.

As you can see in above snippet of br_handle_frame_finish,

br_forward method either clones and then deliver (if it is also to be delivered locally, by calling deliver_clone), or directly forwards the message to the intended destination interface by calling __br_forward.

bt_flood_forward forwards the frame on each interface by iterating through the list in br_flood method.

Bridges can be used to create various different network topologies and it’s important to understand how they work. I have seen bridges being used with containers where they are used to provide networking in network namespaces along with veth devices. In fact the default networking in docker is provided using bridge.

This is all for now, hopefully this was useful. This was mainly based on the excellent paper Anatomy of a Linux bridge and my own reading of linux kernel code. I’d appreciate any feedback, or comments.

Ah, the wonderful world of bridges. 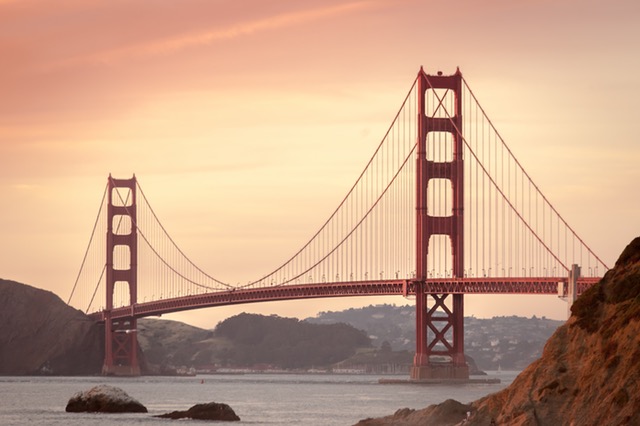 Update July 12, 2017: Added third way to communicate with bridge. Thanks to @vbernat from comments.